More Ways to Get Sick!

Base Rules:
When you contract a disease, whether from the environment, an enemy, or spoiled food, it infects a random slot of inventory (never a slot with mutations, usually a physical slot). Put a D by the infected slot. You know when you’re infected with something, just not what unless you've had that disease before.
Each interval, make a Constitution save or the number of slots that disease takes up doubles (eg: 1->2->4->8), infecting random slots not infected with the same disease. If the disease ever infects an inventory slot that has something in it, you suffer its Symptoms, and if it infects all your slots without killing you, you must Save vs Con or die unless otherwise specified. If you’re infected by more than one disease, use the symptoms for the worse one.
You can stave off the worst effects of a disease, its spread, or even reverse the progress of some diseases by giving in to the disease’s Urges. (You don't have to follow a disease's Urge, you'll just want to.)
If the disease can be reversed, you can make a Con save to reverse it one Interval after you've succeeded on a Con save to stop its spread.
Some diseases are infectious. Some are not. Infectious diseases are spread by close proximity (3 in 6 chance per day), by combat (2 in 6, 4 in 6 if you killed a diseased creature) and are always spread by contact.
Diseases can be cured by magic, medicine, downtime, and very rarely exorcism. Some of them have no cure.

This post pairs deliciously, like fine cheese and wine - no, more like blood and mosquitoes - with Lexi's Plaguezerker, as part of a sick collaboration! Disease names also courtesy of Lexi!

1. The Plague (Interval: Daily, Inventory: Physical, Infectious)
Symptoms: Large black buboes, chills, weakness,, and gangrene of the extremities. Save vs Con with a penalty equal to the number of slots infected or die in 1d4 days.

2. Malaria (Interval: Weekly, Inventory: Physical, Infections)
Symptoms: Fever, Save vs Con when you eat or vomit up food, Save vs Con after intense exertion or have muscle spasms.

4. Leprosy (Interval: Weekly, Inventory: Physical)
Symptoms: Gradual numbness in affected areas, skin rash. Save vs Con or lose 1d4 digits, exploding on a 4. If you’re out of digits, you start losing limbs. Does not kill.

5. Rabies (Interval: Weekly, Inventory: Physical)
Symptoms: No immediate symptoms. Save vs Con or die in 1d4 weeks. A week before death, you become murderously aggressive, infectious, and develop a fear of water, refusing to drink.

6. Cholera (Interval: Exploration Turn, Inventory: Physical, Infectious)
Symptoms: Immediate, unstoppable diarrhea. If you can’t get clean water, you die in 1d4 hours. Reversible.
Urge: Drink water and rest to avoid getting sicker. 2 rations worth of water an hour to prevent the spread, 4 rations of water an hour allows you to make Con saves to reverse the spread with advantage.

8. Tuberculosis (Interval: Weekly, Inventory: Physical)
Symptoms: Roll a d10 every Interval. On a 1, you become infectious, die in 1d4 weeks, and until then, you cough bloody phlegm.

9. Ebola (Interval: Daily, Inventory: Physical, Infectious)
Symptoms: Exactly like influenza. Save vs Con or die in 1d8 days, bleeding heavily from your orifices in the last day.

11. Mummy Rot (Interval: Daily, Inventory: Physical)
Symptoms: Skin darkens and peels away in papery strips. Dust falls from joints. Save vs Con or lose 1 limb a day until you die.
Urge: Obey a mummy’s direct orders.

13. Contagious Murder (Interval: Daily, Inventory: Mental, Infectious)
Symptoms: You begin envisioning your comrade’s most likely form of death in the next day. Save vs Will or kill them, spreading the disease to all who witness you kill them.

14. Magepox (Interval: Daily, Inventory: Mental, Infectious)
Symptoms: Your skin begins to dry out and painfully separate into paper-thin layers very suitable to be torn off and written on. If you die, you collapse into a mess resembling a large pile of discolored paper.
Urge: Peel off your flaking skin. Anyone who touches the skin or reads what you write on it must Save vs Con or contract Magepox.

15. Goblin Plague (Interval: Exploration Turn, Inventory: Physical, Infectious)
Symptoms: Goblins are drawn to you, 1 goblin for every slot infected. If you’re a goblin, look over here.  Not lethal.

17. Vampirism (Interval: Daily, Inventory: Physical, Infectious)
Symptoms: You take 1d4 damage when exposed to sunlight per combat round, silver and consecrated weapons deal critical damage to you, you cast no shadow and no reflection, and you can turn into a small rat, bat, or toad. You can eat anything but can only survive off blood. 1 regular person has 4 rations of blood in them. If someone gives you permission to feed, you can do it without infecting them for 1d4 damage. This disease does not kill you.
Urge: Drink blood whenever possible. If you ever take this blood without asking, you can turn into a wolf and merge with darkness, but you can no longer cross running water or enter a home without being invited in.

18. Eyeball Spores (Interval: Daily, Inventory: Mental)
Symptoms: Your eyeballs slowly divide like cells. (1 division/day) This is incredibly painful and gives you a cumulative -1 to anything involving sight for every eyeball that buds off you. These eyeballs have small tentacles to crawl away and will eventually grow into beholders with a strange tolerance for you. This disease is not lethal.

19. Sanity (Interval: Daily, Inventory: Both)
Symptoms: You gradually begin to hear the words of people playing a game. It’s easy enough to ignore, but what they’re talking about is eerily similar to whatever you’re doing, and listening to them automatically progresses the disease one stage but allows you to get insights into the world. When you’re fully infected, Save vs Will. If you fail, you go stark raving mad. If you succeed, you become an NPC who’s conveniently forgotten what they heard.

20. Goldipox (Interval: Weekly, Inventory: Physical)
Symptoms: Any money on your person degrades one step: gold to silver, silver to copper, copper to dirt. Offloading degraded money onto others infects them.
Urge: Get your hands on as much money as possible. If you ever collect 1000 gold coins or one flawless diamond, those items turn into dirt, but you’re cured.


Design Notes:
Three goals here. One was to create impactful rules, which is why the common cold isn't on this list, and why the duration for almost all of these diseases is daily. The duration between "getting worse" is geared towards a party crawling through a dungeon or hexcrawling through the wilderness. Obviously, with campaigns that have longer time measurements, (e.g: if one day was one exploration turn) these diseases are more lethal. Feel free to scale anything about the effects and durations that you want, that's supposed to be flexible.
Another goal was to bolt disease onto an already existing system instead of creating a completely disassociated system. By linking disease to physical inventory, I'm trying to create another reason to track inventory. If carrying all that loot makes you sicker, (or at least feel the effects of your sickness) will you chance it, or will you dump it in exchange for survival?
Another goal was to do disease without linking it to ability score damage. I suppose it's because players are bad at keeping track of penalties, but the same argument can be made against my system. I'd like to argue that having disease as a concrete inventory "infection" instead of "you have syphilis, make 1 save a day" places it more in the players minds. If you have a high score, are you really going to miss one or two points? Well, yes, but only in situations where those points could've made a difference. Unless a disease does a lot of ability score damage, sometimes its effects can be easy to forget when you have to keep track of loot, hirelings, light, spells, HP, and other party members! But if disease is directly linked to loot, which is gold, which is XP, then your players have a reason to care.
I also think that different symptoms help differentiate a disease in a way more interesting than math.
The inventory argument only holds up as long as inventory matters, which I think it should. If you run games without good inventory systems (5e comes to mind) or don't like inventory (which is fine) ability score damage may work better for you. But for a more OSR mindset, where what you're carrying and how much you can carry matters, I think disease should be tangible, infectious, and scary.
Disease also gives some weight to downtime. Most players use it to recover from wounds, buy things/gain XP from spending money, and the like. But having disease recovery as a viable option gives downtime a bit more purpose, even if that purpose is just removing a negative condition.
Don't forget to infect hirelings and pack animals too. Animals are plague vectors.
This also gives a different cast to things that remove disease or cure all diseases. If progression is important to a mechanic, anything that instantly solves that mechanic, ignoring its usual progression, should be at least rare.  I'd advise modifying spells that cure diseases into spells that give a saving throw to halt or reverse a disease's progression.
I considered including mechanics to cure disease in this post but most of those were either a long list of "X thing that requires money/exploration/time to find" or "here's another subsystem!" My recommendation is adapting any subsystem you have for preparing food to preparing cures. Just requires different ingredients. I'll probably write my own, but for now I wanted to focus on presenting a challenge. Y'all solve challenges in OSR games, right?
at July 31, 2019 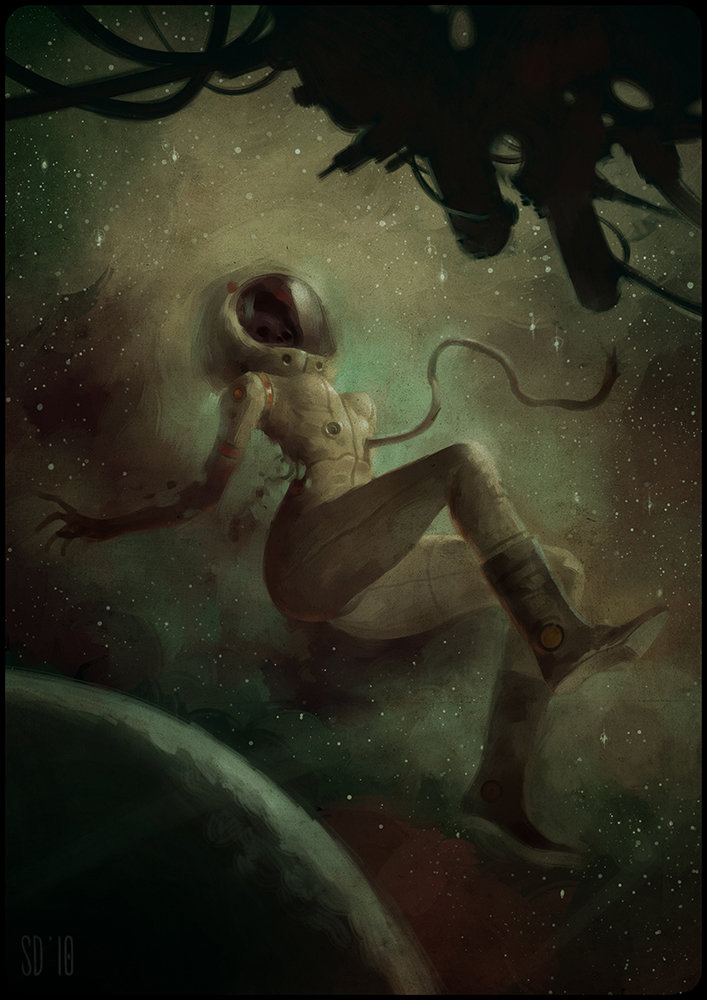