I think dwarfs very underappreciated. Here are some stereotypes I see around dwarfs I'd like to refute.

Dwarves are Boring
Dwarves are awesome. Do you know the heat conductivity of basalt in lava or how to safely handle ghost encrusted uranium ore? No? What about the magnetite-petrolate slimes that attract and then dissolve all metals and organics they get their pseudopods on, and ignite as a defense mechanism? What about the current motions of the local fault lines that are the only things keeping that vein of fossil vampires buried and hibernating?
When dwarves talk to you, they are being nice. They are keeping things relatable and attempting to remember the last 50 years of your history. If they are off by 5 years who cares? This dwarf is the only thing standing between you and some insane undead warchasses with corrupted memetic kill-pattern phosphorescent ablative carapaces that cause schizophrenic murder personalities to emerge in those who see them. His grandad locked them in an airtight adamant-lined room and he's switching out the locks. Fucking elves and their toys.

Dwarves are Drunkards
Dwarves are not drunkards. They are patient and their livers are incredible. Dwarven livers can be blown up like goddamn balloons half the size of the dwarf it came from. They have had thousands of years to perfect the art of underground mushroom hops and by god it shows in their ale. Dwarven ale to beer lovers is like oatmeal to chocolate bourbon pecan pie. One of these makes the other taste bad.
Dwarven livers store concentrations of alcohol so high that strings made out of preserved dwarven liver act as great ignition fuses for explosives or artillery shells if you can find some of those. The dwarf with you is probably still breaking down her hangover from last Saturday.

Dwarves Have a Beard Fetish
Eoin Colfer already addressed this. Dwarven head and beard hair is not actually hair. It is a large and sensitive series of vibrissae (that stuff that makes walruses so cool looking) that can detect air direction, temperature, and the relative moisture content of air. Vibrissae are extremely sensitive, so any cutting or burning causes tremendous pain. Dwarves tolerate beard grooming because whiskers snagging is unbelievably agonizing.

Dwarves Hate the Outdoors
Dwarves hate uncontrolled variables. It's necessary to know the exact structural stability of a mine to extract the maximum possible ore with the minimum of effort. It's necessary to know if any stray elvish archaotech has permuted the surrounding area. It's necessary to map the entire cave system because demon nests are tenacious and stealthy. The outdoors is a system in constant flux with lots of allergens and dwarven vibrissae get overstimulated. This is why dwarves armor their beards away from the caves and are grumpy.

Dwarves are Greedy
Dwarves understand the exact process needed to get from electrum to gold and silver. They treat the materials involved with the amount of respect they deserve. 99.999% refined gold requires huge quantities of acids, that, when combined, are so powerful they are nicknamed aqua regia (king of water). These huge quantities of acid are used to create equally large quantities of choloroauric acid (acid with dissolved gold) which is also incredibly detrimental to organic material.
You think your chemistry class is hard. Dwarves learn how to do this as part of their education. This creates a distinct appreciation for any well-made item of purified metal or an exquisitely cut gemstone as well as an incredible snobbery for such.

Dwarves Have a Metal Fetish
You're damn right dwarves have a metal fetish. They also have a rock fetish and an engineering fetish. When you live 250+ years, you have to come up with things to do and perfect or go insane.

For example, dwarves like to build things. Go google the Sagrada Familia. It'll be finished in 2026, hopefully. 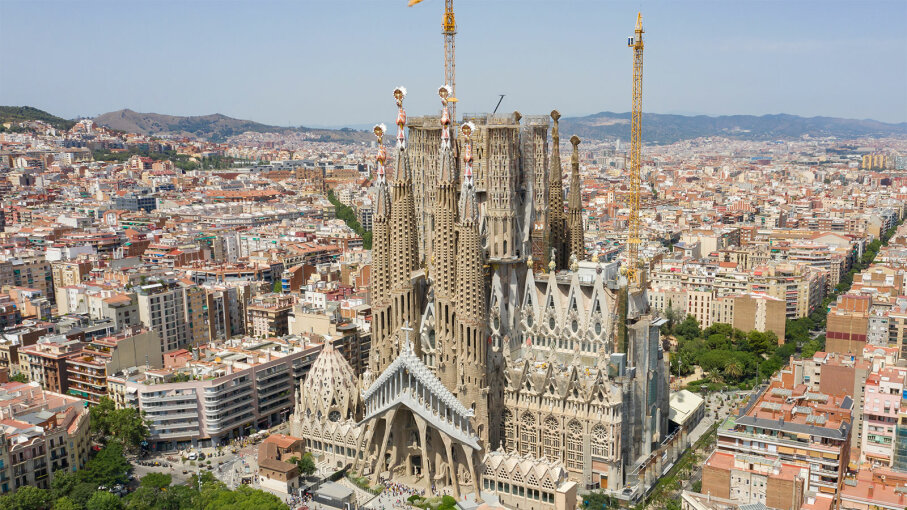 This post is for the GLOG Mech Challenge thundering around its small corner of the OSR Discord. Other pilots are: Lexi at A Blasted, Cratere...