A Terror of Druids

Bblyns used to have a sister city (whose name has been extrapolated from a fragment of text in an unknown script and clumsily translated), Akns. It existed on a whole other peninsula, and formed a rough equilateral triangle with Bblyns and Torre'kan, with Akns as the peak of the triangle.

Then, the established clerical hierarchy, feeling restless under a relative renaissance of knowledge and magic, decided to expand its network, teleporting teams of clerics, fighters, and woodcutters into the deep stretches of the old Antolian Expanse, commanding them to establish a system of linked outposts and bring enlightenment to the heathens.

This worked for several decades, and the druids even succeeded in teaching some Akns how to live in harmony with the forest, singing trees down. But the inherent superiority of civilization and the unconscious devaluation of the Antolian angered the druids, who took steps.

The first sign that the forest does not want you is crop blight. Those areas so recently liberated of trees by fire and ax will wither. The Akns had their clerics fertilize the fields. Next, animals began attacking. The Akns undertook extermination campaigns.

Several years of short warfare followed, and then a continental terror of druids completely purged the colonists by turning each colonist into a tree. Thousands were rooted in a day.

Next, they sunk the gargantuan Arm of Akns into the ocean, effectively committing genocide. Hundreds of millions drowned in one hour.

The Lacedon Empire rose from the behemoth, crumbling edifices, collapsed monuments, and shattered farmland of the Akns old lives, reborn as hungry ghouls with a ravening need for vengeance. This, most historians argue, triggered the slow series of durenskafar that eventually led to grinding wars of attrition in the years 1:AA:825-65, culminating in the first apocalypse.

Ever since then, druids have always had an attitude of assurance. Why bow to kings, when you can sink continents in a day, or riddle a land and its people with cancer over the course of a hundred years?

Rich, black soil cracks, splits, and trails off into hardpack, unsuitable for anything except filler. Skin darkens, lumps, and sores. Bonds fray, tempers snap, and villlages descend into apocalyptic madness, sacrificing the healthiest to feed the dying earth.

Everyone knows when the forest does not want you, and what to do.

Signs the Forest Does Not Want You (1d6)

1. Black rot. All crops will wither, and the ones that seemingly survive become host to masses of squirming maggots.

2. Trojan horse. All the horses turn sentient, evil, and gain the ability to shapeshift into human form, where their coat color becomes their hair color. All of these grunspferd hate humans with a passion, and will spoil their food, kill them in their sleep, or drag them away, never to be seen again. After three people: a man, a woman, and child disappear, the nighttime screaming begins, and it will not stop until the heads are found and given a proper burial. 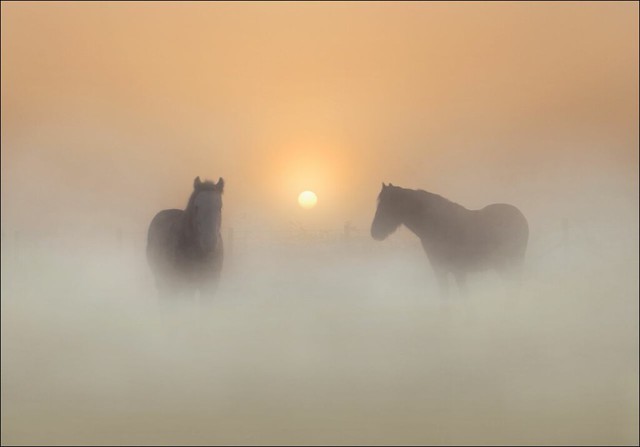 Imagine a ring of horses, standing around a dead man in the grey dawn gloaming. His clothes are torn and teeth marks, human teeth marks, cover his face and groin. A bloody dagger lies in his hand. His horse, with a cut across her shoulder, turns and clops away, and the others follow, returning to their quiet to feed. In her stable, under the hay heap, the body of a farm boy cools, fresh and delicious.

4. Pica. Different townspeople are driven to eat different things. (1d8)
5. What are the roots that clutch, what branches grow/Out of this stony rubbish? Son of man,/You cannot say, or guess, for you know only/A heap of broken images, where the sun beats,/And the dead tree gives no shelter, the cricket no relief,/And the dry stone no sound of water.

6. The wasting disease. Outside of the forest it only afflicts one person at a time and can be overcome without magic. In the forest, the first sign is the black phlegm, and that means it is too late to stop its spread. Often, communities will build a barricade, and the healthy will man the walls with bows, driving away any sentient beings until they are too weak to pull the string.

If all else fails, and the community proves lucky enough or strong enough to resist the unsubtle messages, the forest, if it has been wronged, will call upon its derivatives.

A family lives in a house, built from strong wood. The man and woman, sleeping, are wrapped in furs, lying on a mattress woven from reeds and stuffed with straw. The girl and boy rest atop a fur cushion carefully stuffed with wild cotton. The family dog rests next to them.

The wood hears the call first, being closest to the forest and outdoors. It creaks, snaps, and warps, shattering windows and locking into place, sealing up all cracks in the foundation and all holes through which a person might fit through. This process takes time.

Maybe the man wakes up. Maybe he grabs the dagger by his bed as he rolls off of it, turning back to his wife, inhaling air to shout. And maybe he sees her buried in a writhing pile of furs, the reeds beneath whipping around as they bind the morass of furs to the bed, the straw within the mattress rigid and upright, plunging up and down, up and down, stained with her blood. And maybe, as his final breath leaves him, the dog, jaws stained with the blood of his children, leaps up at him soundlessly, finding his throat and ripping it out in the space of a whisper.

In the morning, the village is silent, free of the sound of civilization. The houses look perfectly normal, and perhaps the windows are still intact in some places. However, the doors are all stuck fast, and no amount of strength will open them. And a clopping can be heard as a horse trots around inside.

Email ThisBlogThis!Share to TwitterShare to FacebookShare to Pinterest
Labels: oldie but goodie